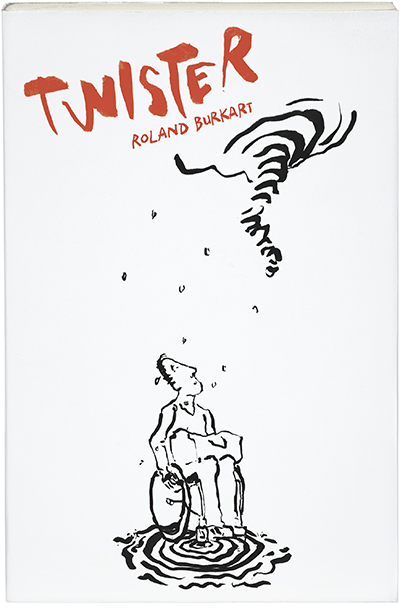 “This plainspoken dispatch will appeal to anyone who has confronted unexpected medical challenges, providing an uplifting example of how to build a different but fulfilling life.”Publishers Weekly

The last thing Piedro remembers is diving into the lake on his day off from work. Now he lies in a hospital bed with a wheelchair at his side. Casting a shadow from the doorway, his caretaker remarks on “how quickly one gets used to this kind of thing,” as she goes on to empty his catheter bag and to help him into his wheelchair.

Piedro must now deal with a growing mix of fear and powerlessness that surges within him as he realizes that he will be paralyzed forever; it bursts forth like a twister, “over and over again,” until he resigns himself to it. In time, Piedro’s feelings of hopelessness are offset by the realization that he can find both love and a degree of independence. With the support of his family and friends, he makes his way through rehab and finally gets back to the business of living.

Based on his own experiences, Roland Burkart’s Twister is a realistic and uplifting narrative that will resonate with anyone who has ever experienced or borne witness to a life upended by calamity.

“This plainspoken dispatch will appeal to anyone who has confronted unexpected medical challenges, providing an uplifting example of how to build a different but fulfilling life.”Publishers Weekly

“Though concise, Burkart’s ink drawings minimize nothing—neither the insecurities of the draftsman handling his tools, nor the doubts of the protagonist, Piedro.”—Jonas Engelmann, Comic: The Magazine of Comics Culture

Roland Burkart is a freelance illustrator based in Lucerne, Switzerland. A trained artist, he was rendered quadriplegic by an accident at work and has used a wheelchair ever since. Since his accident, he has learned to draw left-handed.