Book 1: From Syria to Turkey 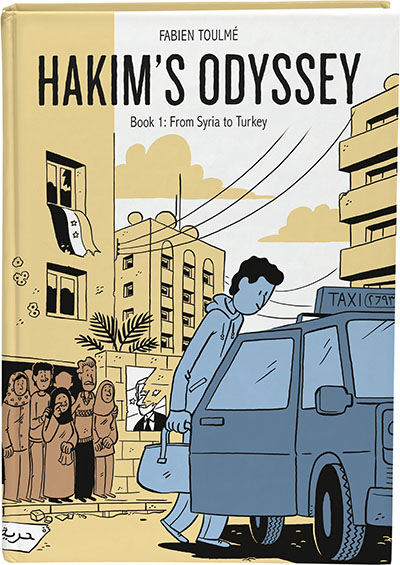 Book 1: From Syria to Turkey

A remarkable recounting of a human journey through an inhumane world.

What does it mean to be a “refugee”? It is easy for those who live in relative freedom to ignore or even to villainize people who have been forced to flee their homes. After all, it can be hard to identify with others’ experiences when you haven’t been in their shoes.

In Hakim’s Odyssey, we see firsthand how war can make anyone a refugee. Hakim, a successful young Syrian who had his whole life ahead of him, tells his story: how war forced him to leave everything behind, including his family, his friends, his home, and his business. After the Syrian uprising in 2011, Hakim was arrested and tortured, his town was bombed, his business was seized by the army, and members of his family were arrested or disappeared. This first leg of his odyssey follows Hakim as he travels from Syria to Lebanon, Lebanon to Jordan, and Jordan to Turkey, where he struggles to earn a living and dreams of one day returning to his home.

This graphic novel is necessary reading for our time. Alternately hopeful and heartbreaking, Hakim’s Odyssey is a story about what it means to be human in a world that sometimes fails to be humane.

“Hakim’s story adds to the growing body of graphic literature on the refugee experience, with insightful perspective on how an ordinary life can crumble.”Publishers Weekly

“An amazing, heartfelt story of one man’s journey to rebuild his life, and go from refugee to citizen in a new country.”—James Facer, Diamond Bookshelf

Fabien Toulmé is the creator of Ce n’est pas toi que j’attendais and Les Deux Vies de Baudouin. He has published two subsequent volumes in the Hakim’s Odyssey series, translations of which are forthcoming from Graphic Mundi.