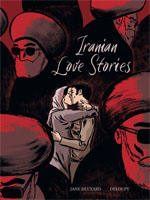 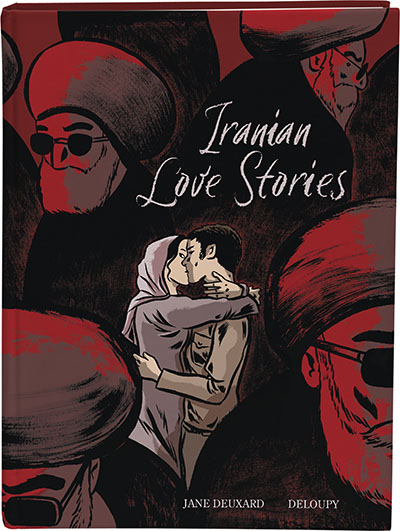 Gila, 26, was at a party when the police showed up. The men were able to get away with bribes, but the women were taken to the station, and anyone who’d been drinking was forced to submit to a virginity test. She never went to another party after that.

Zeinab is 20 and she loves being a woman in Iran. She says that she feels like a queen! And despite all the risks, she confesses that she makes love with her boyfriend because the danger excites her.

Vahid is 26. He was a leader with the Green Movement. Then he watched his friend Neda die right in front of him. Now he keeps his head down, trying to finish his studies.

In a series of vignettes based on clandestine interviews, this award-winning graphic novel explores the politics and love lives of ten young Iranian men and women from diverse backgrounds. The result is an honest portrait of Iranian youth today and a rare glimpse into a society where the sexes are strictly segregated—and Western journalists aren’t welcome. Through testimonies from across the country, we learn about traditional marriages, the pressures of living under the regime, and how young people escape the police and defy tradition to live their love stories.

Jane Deuxard is the pseudonym of a real-life couple—both journalists. They use an alias to protect their sources and their ability to work.

Deloupy is the illustrator of several graphic novels, including Algériennes: The Forgotten Women of the Algerian Revolution, also published by Penn State University Press.