Book 2: From Turkey to Greece 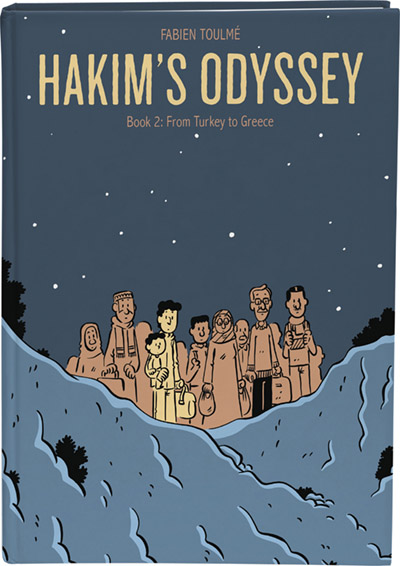 Book 2: From Turkey to Greece

“Hakim’s story adds to the growing body of graphic literature on the refugee experience, with insightful perspective on how an ordinary life can crumble.” —Publishers Weekly

What choices would you make to reunite your family?

“You know, Haidi, we’re going on a trip. A really big trip to find our way to Mama.”

In exile and far from his homeland, Hakim finds a bit of hope in the birth of his son. But between unstable jobs and selling what he can in the streets, it’s hard to survive—and impossible for the family to stay together. Reluctantly separated from the woman he loves and alone with his child, Hakim will have to overcome incredible odds and seemingly impossible obstacles to reunite his family, which leads him to make the most difficult decision of his life.

Captivating and deeply moving, this second book of the critically acclaimed Hakim’s Odyssey follows the true story of a Syrian refugee as he tries to find his way in Turkey and then makes the perilous trek to what he hopes will be a more settled life in Europe.